Getting A Good Night’s Sleep with the Vivo 65

Eli grew up in Kansas City, and he loves everything it has to offer. As a child, Eli was diagnosed with Ullrich Congenital Muscular Dystrophy (UCMD), which presented him with several physical challenges. In High School, Eli realized that he needed a career that rewarded intellect over brawn. He went to Kansas State University in Manhattan, Kansas to study radio broadcasting and advertising. While living in the Little Apple, he spent five years working in commercial radio as a news reporter and weekend anchor.

Eli returned to Kansas City in 2017 having completed his degree in advertising. After a move downtown, he utilized the skills he developed as a news reporter to help small businesses in the KC area with website design and social media planning. 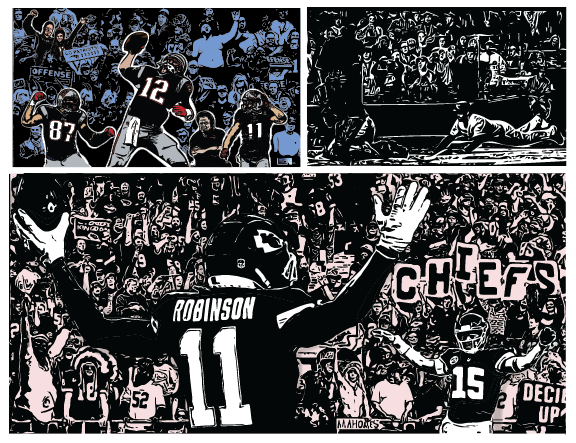 In January 2019, Hodgkin lymphoma made an unwelcome visit and threw a wrench in Eli’s plans. Armed with a bright outlook, however, and a stubborn will to live, Eli embarked on a year-long cancer battle. During infusion, doctors and nurses noticed that Eli’s respiratory weakness, (a side effect of UCMD) was exacerbated by the cocktail of chemotherapy drugs he received during treatment. As a result, Eli’s body struggled to expel CO2 when he dozed off in the infusion center.

His doctor prescribed use of a ventilator at night to improve Eli’s respiration. The first one he tried, the Philips Trilogy, was noisy and he had difficulty sleeping due to the Trilogy not synchronizing with his breathing.  Eli explains, “I would find myself getting caught in its … auto mode … where it decides when to breathe … which I found to be annoying, because I would prefer it to work when I wanted to breathe … versus it deciding for me”. Then he tried the Vivo 65 and it was a game changer, quietly breathing with Eli to let him get a good night’s sleep. “…it’s much more sensitive to my natural breathing patterns, and that makes a big difference…, says Eli.

“I feel unbelievably good. I’ve never had this much energy.”

He also uses the Vivo 65 while exercising and stretching his legs before bed. “I just find it really relaxing and it takes the anxiety away that I had about sleeping and not getting a good enough breath out of the equation.”

Eli uses the integrated etCO2 sensor to ensure that his CO2 levels do not go up too much when he sleeps.  It enables him and his caregivers to monitor the effectiveness of the treatment and immediately change it if needed. 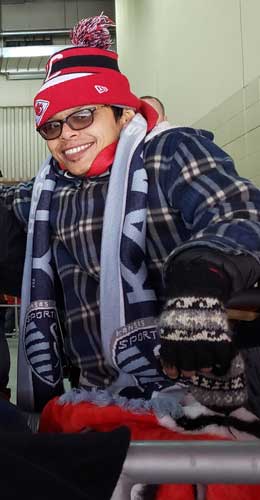 Now that Eli is cancer free, he has gone back to enjoying his Kansas City life, which now includes a new career as a graphic artist. Eli’s work features large-scale sports murals. He is currently designing pieces for clients in California, Nevada, Kansas and Missouri. During his recovery, he also developed a deep interest in portrait photography.

Eli says about his life now with the help of the Vivo 65,

“It really makes a difference.  Night and day difference between the way I’m able to operate now and the way I was able to operate before. Before I’d fatigued fairly easily, even just getting around the house doing everyday things was kind of a challenge.  And then to mix that in with the chemo and the treatment and everything else, I was just shot, and I couldn’t do very much.  But even before I was diagnosed with cancer, the last couple of years have been just challenging to find the right amount of energy to get through a full day.  But now, when I wake up in the morning, I feel like a million bucks.  It’s made a huge difference in my ability to attack work in the morning and make way through projects and push through that little extra that I need to finish projects.”

“…try it out, because I think you might realize how incredibly helpful it is and how much better your life can be by using a tool that can help you feel better in the morning, get rid of the CO2, etc.  It’s really about giving yourself a second chance and a new outlook on life.”