Hospital to Home: NAVA Liberation Solved with the Vivo 65

What happens when an infant cannot be weaned from NAVA1 to go home? This happened to a patient at the Pediatric Intensive Care Unit at VCU Health. An infant initially diagnosed with interstitial lung disease required high pressure ventilation that became difficult to wean over the following months. She was eventually transitioned to ventilation with NAVA. Early on, NAVA saved her life. According to Dr. Mark Marinello, Medical Director of the Pediatric Intensive Care Unit, “Had we not had that mode, I don’t know. She likely would have died of some kind of hospital-acquired infection because the only other way we were able to ventilate her– early in her life, was when she was sedated & paralyzed. Every time we would wake her up, she would just fight this ventilator and not be able to tolerate a rate, but she wasn’t strong enough to be on a CPAP or a no-rate mode…Slowly, day by day, month by month, over time she grew. She got bigger. We were able to wean off that sedation stuff. Clearly she got stronger.” 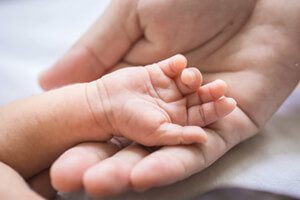 She remained in the hospital for three years growing and developing, but not able to breathe without NAVA. “We didn’t really understand why we couldn’t get this patient off of NAVA. Her diaphragm was clearly strong enough to trigger breaths.” said Dr Mark Marinello. But various home ventilators they tried were not able to detect inhalation effort.

The clinical staff reached out to their colleagues around the world asking whether anyone else had this issue and how they could solve it. Finally, they heard about the Breas Vivo 65 ventilator from their respiratory therapy Director, Jennifer Reed, who had seen it at a local AARC conference. She heard about the sensitive trigger technology and wondered whether it would help this patient. The Vivo 65 uses a patented trigger technology called eSync™. Most home ventilators sense flow or pressure to trigger inspiration. eSync senses inspiration from airway gas flow velocity acceleration generated by the patient’s diaphragmatic inspiratory effort. It measures the level of energy of effort on a breath-by-breath basis and triggers accordingly. 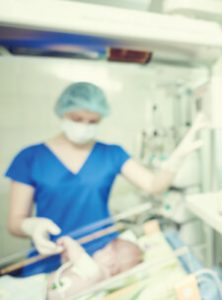 Vivo 65 until she transitioned to full time use. Transitions for an active four-year-old take time. They move around causing leaks which can cause auto trigger asynchrony and alarms with traditional flow and pressure triggers. The eSync trigger works relatively independent of leaks as it looks for airway gas velocity accelerations that do not occur with the steady or slow gas velocities associated with leaks. According to Dr Marinello, “There were times where she would have a big leak. And so the other (home) vents don’t tolerate that well. They alarm. They don’t work. They kick off. That’s a big deal, too, especially for kids, toddlers, infants.”

Over 10 weeks, the PICU team worked on training her diaphragm off of NAVA. Once she was able to tolerate the Vivo 65 full time, she was able to go home with her parents 12 weeks later. Over those 12 weeks, the team learned how to use the 3 mode profiles offered by the Vivo 65. They created one mode for sleeping, one mode for her daily activities, and a “rescue” mode for when she became stressed or dyspneic. The parents were shown how to adjust the Vivo 65 using the three profiles. “They understood what mode one, two, and three were for her easily, and they knew when she needed one versus the other…We could put in what we call the rescue mode that gave her a little bit more support if she got stressed or something and then a sleeping mode which when she was totally relaxed”, explained Dr Marinello.

Since the first patient was weaned from NAVA to go home on the Vivo 65, the hospital has successfully transitioned a second long-term patient in the NICU who was approaching their first birthday and other than the NAVA was ready to go home. After failing on the other home ventilators, the patient was transitioned to the Vivo 65. The patient was finally discharged at 15 months of age.

Before trying the Vivo 65, the pulmonologists and staff were skeptical that a home ventilator could offer something different. “But,” as Dr Marinello explained, “I think it’s hard to deny– anybody who stood in front of this patient as we transitioned her from one vent to another could clearly see that there was a difference in her response.”

1 NAVA, Neurally Adjusted Ventilatory Assist is a lifesaving ventilation mode used exclusively on the SERVO (Getinge) critical care ventilator. A catheter to measure the electrical activity of the diaphragm (Edi) is inserted in the esophagus close to the patient’s diaphragm to sense the inspiratory effort and trigger ventilator breaths. It is often used on low birth weight, premature infants to facilitate patient-ventilator synchrony on a breath-by-breath basis. The weaning process from NAVA usually occurs spontaneously as the infant grows and improves their ability to initiate breaths on their own.

NAVA and SERVO are trademarks of Getinge AB.